Just when you are about to introduce yourself to others at a birthday party, but you suddenly find that your light up shoes no longer work, your smiling face will disappear instantly. This is because your light shoes are out of order.

Even so, don’t be depressed. Let us save the day by showing you how to repair light up shoes. With some time and a little know-how about electricity and technology, you can regain a pair of fascinating led shoes. 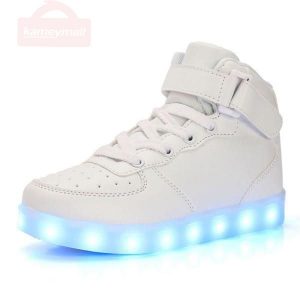 What are Light up Shoes

Led shoes first appeared as children’s fashion items in the 1990s. However, banned after a while when authorities discovered the shoes had mercury that is harmful to humans. When children step on their shoes while walking, running, or playing, the mercury sensor will be activated to light up and flash.

The latest innovations of the Led shoes include spring-operated sensors. When under pressure, they complete the circuit and light up. These shoes do not contain any harmful elements like they did when they were originally made with mercury sensors. In addition, they are suitable for children as well as teenagers and young people.

Some modern light up shoes even come with a rechargeable battery and a USB port for connecting to a charger. They can run for up to 7 hours after charging.

What Damages Your LED Shoes

Led shoes are very sensitive to external factors, especially since they have a battery circuit enclosed in the sole or heel. Here are some factors that can damage them:

Leaving the battery in a high-temperature environment can make the battery burst or bubble up. Store your led lights in a cool and cool place. Because exposing them to high temperatures for even a few minutes can damage the battery. 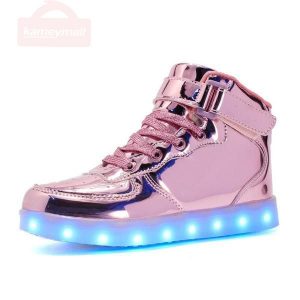 If water seeps inside the LED casing, it will cause the metal to oxidize. This damages the battery and deteriorates the wires and inner electric components. As a result, the LED lighting system begins to malfunction. So we should be careful and never expose the led shoes to a lot of water.

Even when you move or shake your feet, the wires in your shoes may be disconnected. This happens when you kick something or step your feet on a hard object. When you put on and take off your shoes, the wires may also break, too.

Excessive charging of the battery will damage it. To avoid this situation, please charge the light up shoes reasonably. You can wear them on special occasions to show off your personality and style. But do not leave them on the charger for too long.