The Birth Of Bikini

It is well known that the sexy bikini became fashionable under the new generation of revolution in the 1960s, but it was invented as early as the 1940s. This bathing suit, which is divided into upper and lower parts like underwear, was designed by Louis read, a French designer. Since the world's first atomic bomb test was just carried out on Bikini island in the Marshall Islands in the Pacific at that time, Therefore, this epoch-making bathing suit like a nuclear explosion is also named after it. On the 18th day of the explosion of the first atomic bomb on Bikini Island, Louis read launched a swimsuit composed of three pieces of cloth and four belts in Paris on July 18, 1946. This swimsuit, which covers the smallest body area in the world, protects the breasts through a bra, almost all the back is exposed except the rope belt, and the crotch of triangular underpants is raised as much as possible, The hips, legs, and crotch are exposed to the greatest extent. It is simple and small. It only uses less than 30 inches of cloth. It can be kneaded into a matchbox. Until then, swimsuits were conservative, covering most of the body. Reid's design exposes most of his upper abdomen. The swimsuit is made of fabric printed with newspaper content sections, indicating that the smart designer implies that his bold design will occupy a large number of pages in newspapers around the world. 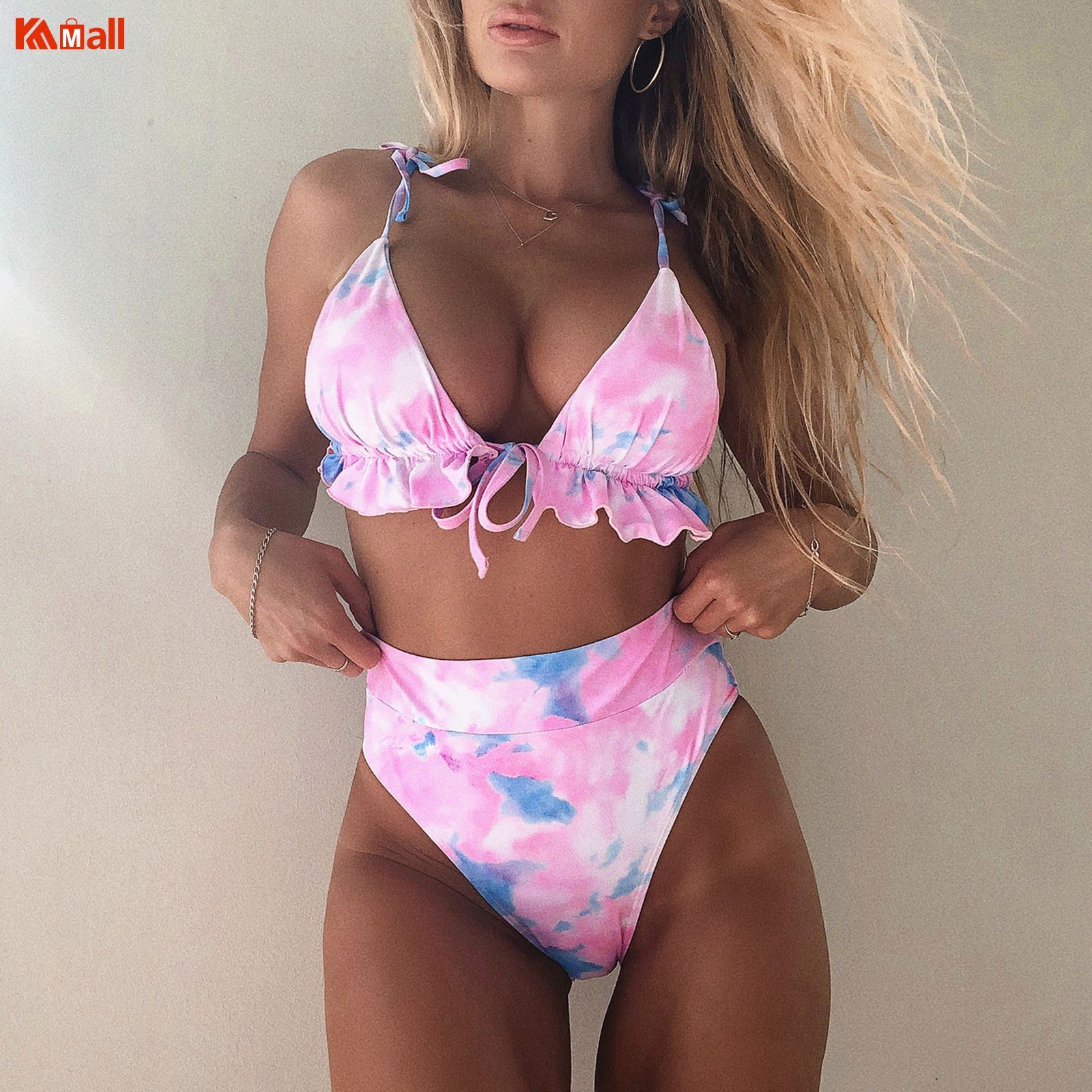 When a stripper named Michal Bernadine bravely put on a bikini in public for the first time at a swimming pool, the reporters gathered in an uproar. The appearance of this swimsuit shocked the world as much as the explosion of the atomic bomb. The ingenious lid lost no time in taking advantage of the impact of the atomic bomb explosion on Bikini island and decisively named this two-piece three-point swimsuit "bikini", which added the era color of the new swimsuit and made a fortune. This "dress" was only popular in Europe at that time and did not spread to the West until 15 years later. One of the most classic bikinis is the strapless Dot Bikini Swimsuit worn by French actress Brigitte Bardot on the big screen in the 1950s. Up to now, it is still put on the overpass by many fashion brands and evolved into a new fashion.
After this early sensation subsided, Bikini Swimsuit showed a new prospect for swimsuit design. As the swimsuit that women wear on the beach and when swimming, Bikini Swimsuit quickly replaced one-piece swimsuit. The sculptural images of the 1940s and 1950s have become the soft and "natural" body lines of the 1960s. The temptation to take off your coat completely also exists all the time. If you want to know more information about the bikini, please focus on Kameymall!