I have graduated from primary and secondary school many years ago and today I went to the school for a parents' meeting and visited the PE class with my own eyes and realised that PE classes nowadays are completely different from what we had then.

Nowadays, children are trained to play games with the help of the gymnastic mat, or the air track mat, so that they can have fun with their physical exercise. This is so much more fun than before when we used to run laps around the playground in PE. Occasionally, if the basketball court was unused, we could go and play basketball. Today, I'll share with you the gymnastic mat games I saw that day. 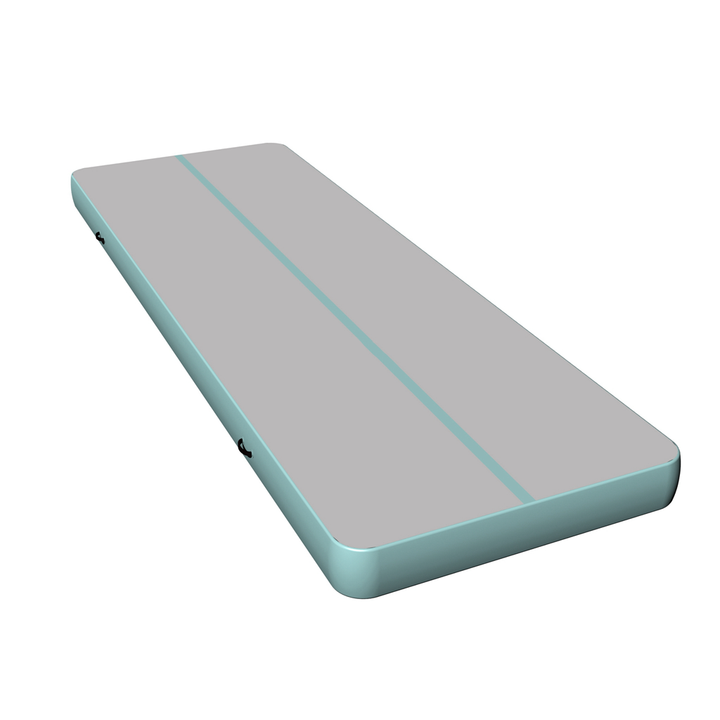 Five players from each team, lying on their backs on the mat, bending their legs, with their big and small legs at an angle of 90 degrees and holding their heads with their hands. The competition begins with the students doing sit-ups with their elbows touching their knees and the final ranking is decided by the total score of the five.

Through Time and Space (8 students of each sex)

The first person in each group stands behind the starting line ready to go, while the other team members in turn form a time tunnel in a bent-over push-up position. At the start of the race, the first person runs out and uses a crawling motion to drill through the tunnel on the mat, then automatically connects to form the tunnel.

About the air track mat

We have already mentioned that many schools are using the air track mat instead of the traditional gymnastics mat. What is the air track mat? It is a special gymnastic mat that can be inflated. It is more convenient than a traditional mat. For example, it can be filled with air before we use it and when we don't need it, the air track mat can be fully inflated so that it takes up very little space. We can even change its stiffness by adjusting the amount of inflation. When I searched the internet, I found that you can buy such a mat in Kameymall, so it is already very common.