Receive Happiness From A Zorb Ball-Part2

Today I want to introduce you to a type of ball.

Placing yourself into a giant zorb ball is one of the latest extreme sports that are quickly spreading across the world.

Like many other extreme sports, such as bungee jumping, the zorb ball originated in New Zealand. There are two different ways to play zorb ball - either by tying a person to the zorb ball or by playing "water zorb ball", where a person can slide around on the water as the ball rotates. The world's largest playground is in New Zealand, measuring over 600 meters in length. People in the zorb ball continuously experience 360 degrees of rotation and experience the weightlessness and rotation of the dual stimulation. 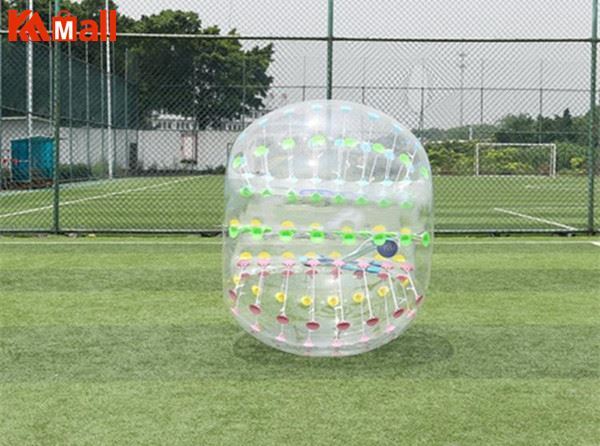 This activity can let one can experience the thrill and excitement of doing aerobatic somersaults and horizontal rolls, followed by landing in a jet, the only difference being that one doesn't get hurt in a zorb ball. Since the late 1990s, when New Zealanders created the zorb ball, this unique adventure sport has taken the world by storm. But New Zealanders will always reign supreme in their ingenuity when it comes to this exciting outdoor sport. They play in a variety of ways, both dry and wet, and can go down straight slopes as well as using a zigzag.

In Europe, America and New Zealand, and other places, parents are also very supportive of their children playing zorb ball, which is simply an explorer's paradise, but without the harm that can be accompanying children through a very good childhood. and is very good for exercise, the cardiorespiratory function has obvious help, but also can play a role in weight

You can go to Kameymall to buy this kind of zorb ball.

Receive Happiness From A Zorb Ball-Part1

The History Class For The Zorb Ball