How To Play Zorb Ball Soccer 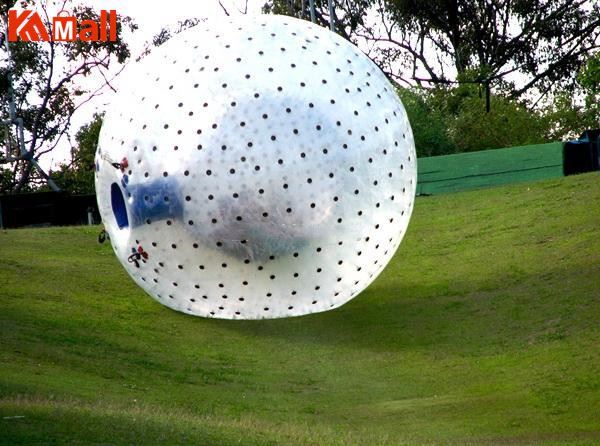 Zorb balls are designed for using on different surfaces like grass, ice, snow, hills. If you plug its entrance with a donut, the zorb ball becomes airtight and waterproof, and water sports enthusiasts can use it for all kinds of water games, such as pouring some water into it and rolling the ball. Today, I want to share something basic about zorb ball with you.

It is safe to use

Zorb ball is really a fun that both kids and adults can enjoy, it is composed of two balls of different sizes, and it is large enough to allow at most two persons to get inside it the same time. The ball will roll in 360 degree, but the single-layer and double-layer airbag will provide appropriate protection, and the centrifugal force will also make people close to the ball wall. The ball will roll disorderly, but people will not roll disorderly inside.

In addition, it also provides you with enough safety while you are enjoy zorbing.

Zorb soccer
Zorb ball soccer is also a very interesting game that some people will regard it as a formal competition. The two participants roll toward each other on the track, and try to knock each other out of the designated area. It's a bit like sumo, but inside an inflatable ball. And zorb soccer is known internationally as "Zorb Football". Players run and roll in an inflatable ball but their feet inside or outside the ball. They run and try to move the football around the pitch.

Buy a zorb ball in Kameymall
If you would like to pick a zorb ball, Kameymall will be a great option for you. We provide various zorb balls to make satisfy different customers. We hope you will have a good time after receiving your favorite zorb ball.

Buy A Zorb Ball To Spend Your Holiday