When Has The Zorb Ball Become Popular?

These bubble balls may appear to be a recent creation, yet they have been on the market for more than two decades. They've also been around for a long time as a concept.
In 1975, French architect Gilles Ebersolt created the first human-sized inflated ball as we know it today. For pressurisation, the Ballule utilised inverted vacuum cleaners, but otherwise functioned similarly to a current zorb ball. Ebersolt's Ballule was registered with the Conseil de Prud'hommes and had international television appearances in the 1970s and 1980s, but he never commercialised his innovation. 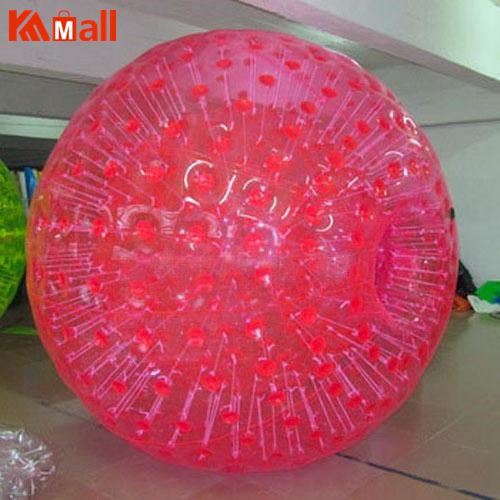 In the 1991 film Operation Condor, Jackie Chan is shown inside an inflated zorb ball as he slides down the side of a mountain in a death-defying stunt. It's unclear whether Chan used one of Ebersolt's Ballules or had one made for him by his special effects team... or even if Chan was inside the ball when it descended the mountain (please never, ever try this, folks).
The TV show American Gladiators employed hard human hamster balls in a game dubbed "Atlasphere" in the early 1990s. In an epic game of bumper ball, contestants would roll their spheres into scoring regions while "gladiators" worked to keep them out of those zones. These, however, were not the same as Ballules; they had hard, solid frames and resembled a cage rather than a bubble.
Andrew Akers and Dwayne van der Sluis of Rotorua, New Zealand, founded Zorb Limited in 1994 and gave it the term "zorb ball." The Zorb firm invented both the first commercial human hamster ball and the first zorbing park in the world.

Zorb Ball of Fun and Fitnees

Never Heard of Zorb Ball? You Are Out!