Things to Know About Zorbing

Zorbing has a fascinating history to go along with its intriguing name. The practice began in the 1980s. The Dangerous Sports Club of England devised a plastic ball that may do the same for people, based on the plastic hamster balls that have been available for years. Inside, there were two chairs. It was finally abandoned.

Creators of the Zorb ball
Dwane van der Sluis and Andrew Akers two Kiwi blokes who invented the craze in 1994 have created a downhill ball rolling in a large inflatable sphere that can be experienced all over the world. Zorbing, like bungee jumping, originated in New Zealand, which is now widely regarded as the birthplace of extreme sports. The Zorb ball is claimed to have been inspired by Leonardo da Vinci's sketches of the anatomy of man. 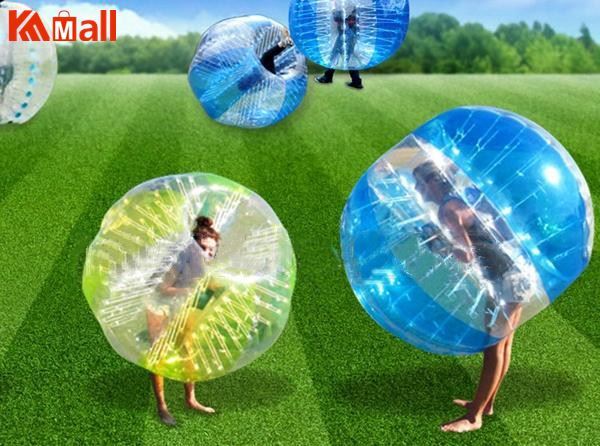 5 Interesting facts about zorbing
1. 1. The Concise Oxford English Dictionary defines Zorbing as "a sport in which a person is locked within an inner capsule in a big, transparent ball that is then rolled along the ground or down hills" in 2001.
2. Two sphering records have been recognized by the Guinness Book of World Records. In 2006, Steve Camp achieved the world record for the longest sphering ride at 1,870 ft. In 2006, Keith Kolver achieved the world record for the fastest sphering ride with a speed of 32 mph!
3. The longest duration spent inside a zorbing ball during a zorbing tournament is held by Rebecca Mazonson. For three hours, 49 minutes, and six seconds, she was locked within a Zorb.
4. Andrew Flintoff, a former England cricketer, holds the record for the quickest 100m in a Zorb ball. As part of his goal to break as many world records as possible in 24 hours for Sport Relief, he set timing of 26.59 seconds.
5. Zorb balls can handle practically any surface, regardless of how bumpy or slick it is. Snow, ice, and even water can be used for rides. Go to Kameymall right now to get a Zorb ball.

Pick Out An Air Track for Your Skills