Get Happiness From The Zorb Ball-Part1

In fact, at the beginning of its formation, the zorb ball was once identified as a stunt performance, far removed from sports. However, with the continuous development and popularization of the zorb Ball, and the appearance and introduction of some film and television dramas, the zorb Ball has been known and participated by more and more people. 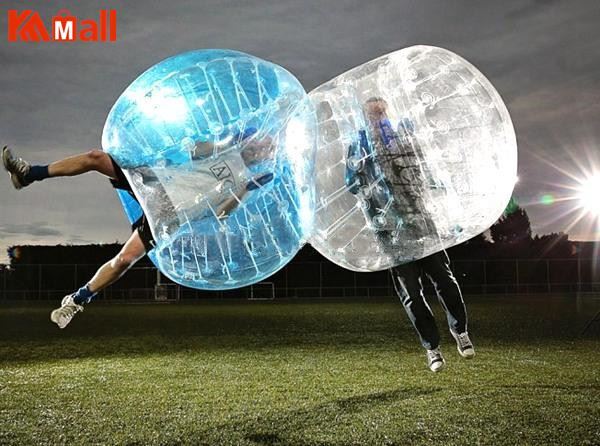 As an exciting sport, the most attractive part of zorb Ball is that, in zorb Ball, participants can experience somersaults and horizontal rotations, as well as the thrill and excitement of landing a jet. . What is even more addicting is that the wall of the zorb Ball has a 50cm-thick air cushion, which acts as a buffer when the balloon collides with objects and rolls in uneven places so that people are safe inside and will not be injured.

There are basically two ways to play the zorb Ball. One is to bind people in the zorb ball and let the ball roll down the slope of a fixed zorb court with a certain slope; "Ball", that is, the person is inside the ball and slides around on the water as the ball rotates. Among them, "Water zorb Ball" is more well-known, and it can be seen in various tourist scenic spots, water parks, ski resorts, sand skiing fields, and children's playgrounds.

Playing zorb at the zorb Stadium is relatively unfamiliar in my country. As the birthplace of this exciting sport, New Zealand is also logically located in the world's longest zorb field, located in Queenstown, New Zealand. The whole journey is more than 700 meters. It takes more than a minute for the zorb ball to roll from the top of the slope to the end. At the time of the clock, people can fully enjoy the 360-degree thrill and excitement brought by the zorb Ball.

For first-timers, flat lawns, smooth snow, and vast artificial ramps are all ideal places to play zorb. However, in order to truly experience the charm of the zorb ball, you also need to be on a certain slope. At present, there are special zorb ball fairways for playing zorb balls in China, which are similar to the ramps of water parks, so that participants can fully experience the excitement of zorb balls and ensure their personal safety of participants.

You can go to Kameymall to buy zorb balls.

My Zorbing Diary With Girlfriend (Part 2)

Get Happiness From The Zorb Ball-Part2