Let's face it, bubble football is one of the most exciting games out there, but also misunderstood.  Recently, we found many new playing ways of zorb ball for zorbing lovers. Follow the article to know more.

Zorb ball football is the most popular project

We can play other games with zorb ball, but bubble football is still number one. I know what you're thinking, Aaron it's easy it's a soccer ball with bubbles! 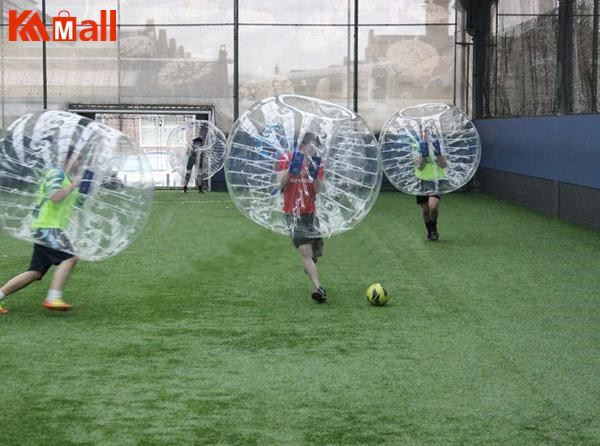 We'll give you half the right once you put the bubble, which is a bit more than traditional school football. But one thing I can say, it's not real football.

So far, Prison Break is our second most popular game. If you've ever played flag-grabbing in a video game, you'll see that it's a bit like a human game. Unlike Bubble Football, the game requires more strategy and teamwork, making it ideal for corporate team-building activities.

Here's the game. Players from 8 to 16 are required to participate, and one prisoner in each group is placed on the other side behind the enemy camp. The rest of the team are guards whose job is to rescue their team members and bring them back to base. Each team must protect their prisoners while attacking and not allow other teams to rescue them.

You can touch the bubble to release the prisoner, and if the prisoner is knocked down or steps out of bounds, they must return to the prison, and the game continues. The first team to make three saves is the winner. Sounds simple, right? Wait until the bullets start flying.

The king/queen on the hill

King of the Hill is our top free to play all games when you're looking for an easy way to get everyone involved without too much hassle. There are no teams in this game. To set up each bubble, the player enters a large circle at the beginning. When the whistle goes, the last one wins!  If you get knocked out, you're out, and when there's only two left, we'll go one-on-one until the end!  The last one standing will be crowned king or queen! Find more playing methods of zorb ball, please refer to our website on Kameymall!

Benefits Of Dancing For Children (Part 2)