The Origin And Structure of Zorb Balls

What is the zorb ball, exactly?

Zorb ball is a fun extreme sports game in the world. This ball is a giant, transparent, and inflatable ball that you can get inside and use to ride down a hill, walk on the surface of the water, or even play games with others on flat ground. Does it sound interesting? Although it seems like a new game, it has been on the market for more than 20 years. 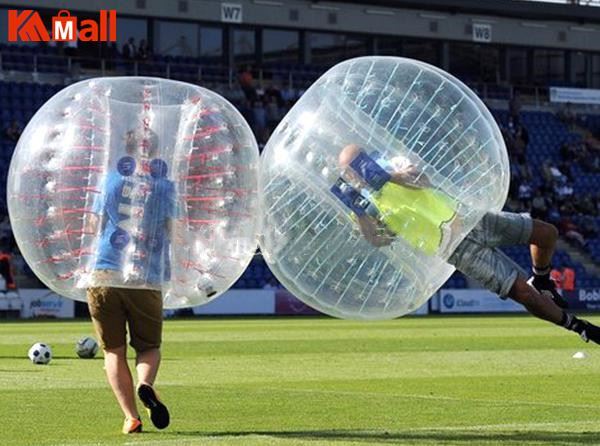 The origin of the zorb ball
The first human-sized inflated ball was invented in 1975 by French architect Gilles Ebersolt. Ebersolt, who was just a teenager when he came up with the idea, created a ball and he called it "Ballule" ("Bubble" in French). The Ballule used inverted vacuum cleaners for pressurization, but in other respects, it is basically the same as today’s zorb ball.

After that, Ebersolt's Ballule was registered with the Conseil de Prud'hommes and was shown on television internationally in the 1970s and 1980s, but he never made his invention into commercial products.

The structure of the zorb ball
The zorb ball is composed of two sections, of one ball inside another with a layer of air in the middle of them. Many spheres have straps to hold the riders in place, while others leave the rider allowed to walk the circle around or be hurled about openly by the moving movement. The diameter of a regular sphere is usually about 1.5m to 2.5m, which is designed for different heights and ages. The inward and external spheres are joined by hundreds and hundreds of little nylon strings. There are one or two entrances on a zorb ball so that the rider can enter it through the tunnel.

Where to buy a zorb ball
The above is a brief introduction to zorb ball, welcome to Kameymall, a website that provides a number of options for zorb balls, it will give you a surprise!

The Structure And Speed of Zorb Ball