Have you seen a ball from the top of the mountain and then rolling down the hillside? What do you think it would be like to be inside that ball then rolls and bounces downhill? Maybe it sounds so interesting. Do you want to try these exciting sports games?

The fun invention — also called globe-riding, sphereing, or orbing — adventure lovers can now roll downhill inside a huge and transparent zorb ball made of PVC and have a good time. 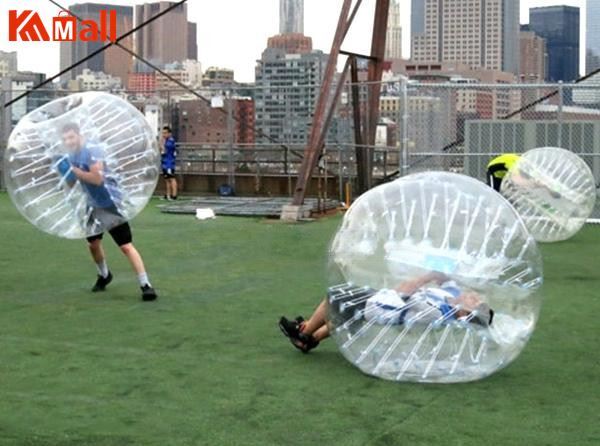 Become popular in many countries

Zorb was invented in New Zealand in 1994 by Andrew Akers and Dwane van der Sluis. And it has become popular in many countries around the world, especially in European and American countries. And many zorb games are created by some “zorbers”

Ride a zorb ball on gentle slopes
In general, the gentle slopes are the suitable sites for zorbing, but sometimes zorbing can also be done on flat surfaces. Riders will control it easily on a smoother ride. Some areas are half a mile long!

Ride a zorb ball on the water
This layer of air between the two flexible plastic balls acts as a cushioning ball, and it reduces the risk of injury. You can get inside it and have a walking on the water or compete with others.

Zorb soccer
It has become popular because it is a very interesting game, and it has also become a sport that is valued by some people. Zorb Soccer is known internationally as "zorb ball Football". Players run and roll in an inflatable ball, but their feet inside or outside the ball, then move the football around the pitch.

Choose a zorb ball
If you are interested in these fun zorb games, please come to Kameymall, there are various types of these balls for you to choose from. Add a zorb ball to your shopping cart and give yourself an unforgettable experience.
Have a good time!

The Structure And Speed of Zorb Ball