How To Ride Your Zorb Ball?

Do you like playing with balls on the playground? What about football? Did you see a ball from the top of the mountain and then rolling down the hillside? What do you think it would be like to be inside that ball then rolls and bounces downhill? Don't you think it's incredible?

Believe it or not, you can now read our article on zorbing and learn about it. Thanks to the invention of it — also called globe-riding, sphereing, or orbing — adventure lovers can now roll downhill inside a huge zorb ball made of see-through plastic and enjoy themselves.

The types of zorb balls

These giant inflatable balls come in two types: harnessed and non-harnessed. Harnessed orbs are designed for one or two persons and equipped with safety belts — like seatbelts that hold riders in place. 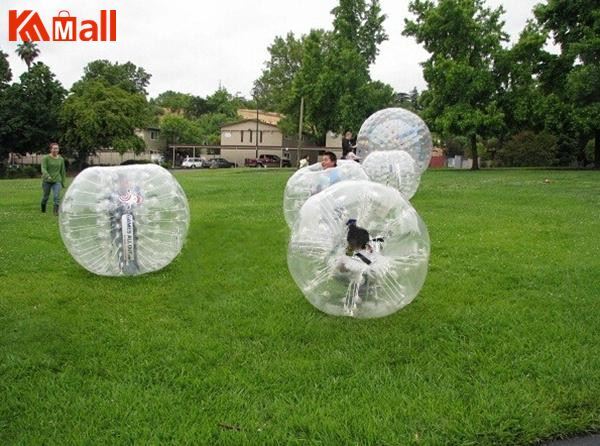 Ride zorbing on gentle slopes
Zorbing sites usually use gentle slopes as the track, but zorbing can also be done on flat surfaces to allow riders more control and a smoother ride. Some areas are half a mile long!

It is safe enough for riding
If you think you might get injured by rolling down a slope in a plastic ball, don't worry! These balls are designed to minimize the impact of bumps while riding. Unlike a hard plastic human hamster ball, zorb balls are built like a ball inside of another ball with a layer of air between them.

Ride it on the water
This layer of air between the two flexible plastic balls acts as a cushioning ball, and it reduces the risk of injury. To add even more fun, you can add water for water riding, which is also usually called hydro zorbing!

Where to buy a zorb ball?
Now, are you considering buying this ball? Kameymall is a great website, which provides a number of kinds of these balls. You can buy the suitable and favorite zorb ball easily.

Choose Bikini For Your Confidence

How To Wash Your Bikini in A Right Way