Not Sure about Difference between Sexy Tank Tops and Camis? Check This Out!

Before purchasing a tank top, it's important to know the difference between bra top camis and tanks. They are both cool and versatile, but they are meant for different occasions. If you're not sure which one to get for your next outing, then you are not alone.

A lot of people are not sure about the difference between these two types of garments. In this article, we will take a closer look at tank tops and camis so that you can make informed decisions about which one to wear based on your purposes. 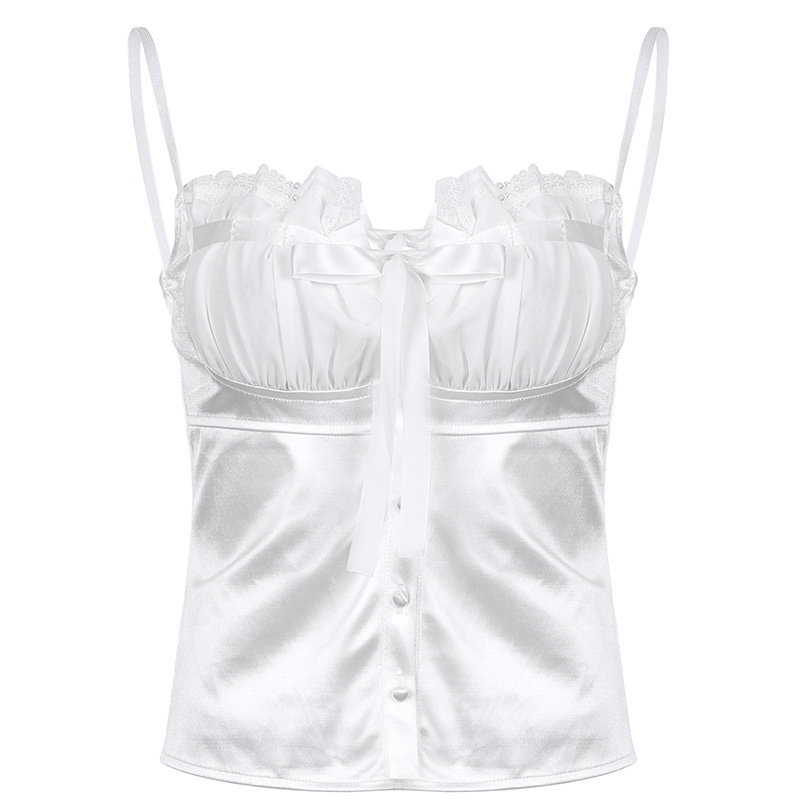 Do They Have The Same Origin?

The answer is NOPE! Camisoles and tank tops may look similar, however, they have owned different histories, and also serve completely different functions when it comes to their purposes.

The origin of camisoles can be traced back to the corset covers found in ancient times. Originally, the simple cami was considered lingerie, usually worn close to the body and of thin material, with a tight fit. The camisole became a popular choice for casual tops during the early 1980s as an alternative to the button-up shirt.

The tight crop top tank, on the other hand, originated in the 1920s as a swimwear style for women, but later became widely adopted by men in the 1930s. The 1970s were the era when tank tops became the perfect complement to groovy bellbottoms and were worn by both men and women.

What Is The What

Generally speaking, tank tops used to be new clothing styles that are designed to be sleeveless, similar to T-shirts. Because of its practical and casual functions, it can be worn by women, kids, and men.

It is a popular garment among sports enthusiasts and casual wearers alike due to its durability and comfort. Typically made from opaque fabrics and with integral straps, crop tank tops provide a higher level of coverage for the top of the body.

Wearing and caring for this garment is easy, and it became a hot item for those who want to feel comfortable and look good wearing it, no matter if it is tight-fitting or loose.

On the other hand, camisoles are sleeveless shirts worn by women only as modest clothing. A typical way of wearing them would be to wear them under a suit jacket or a top with a low cut and see-through material.

With a mixture of dainty, feminine fabrics, they are made of spaghetti straps and have minimal support for the breasts.

Since we have roughly known the differences between those two common pieces, it makes it difficult for us to mix them up again.

However, there is much more we would like to tell you than that. In the following sections, we will describe the differences between these two pieces in a more detailed way.

By understanding the characteristics of each, you will be able to figure out which one is best for you. One of the characteristics that differentiate the two garments is their style. Camisoles are designed to fit close to the body and have a flattering shape, whereas tank tops can be loose-fitting or figure-hugging by design.

Tank tops are designed to show off the muscular torso, such as sexy tank tops for women, and whatever the style, tight or loose-fitted, they are an essential casual item for demonstrating both a fantastic tan and a perfect body.

Also, through the use of design and embellishments, a tank top can be customized to match the wearer's personality by using a wide range of colors, prints, and patterns.

In contrast to tank tops, camisoles usually feature a solid color, making them ideal for smart clothing or lingerie. The spaghetti-like straps provide additional comfort and support by further adjusting the fit of the top. 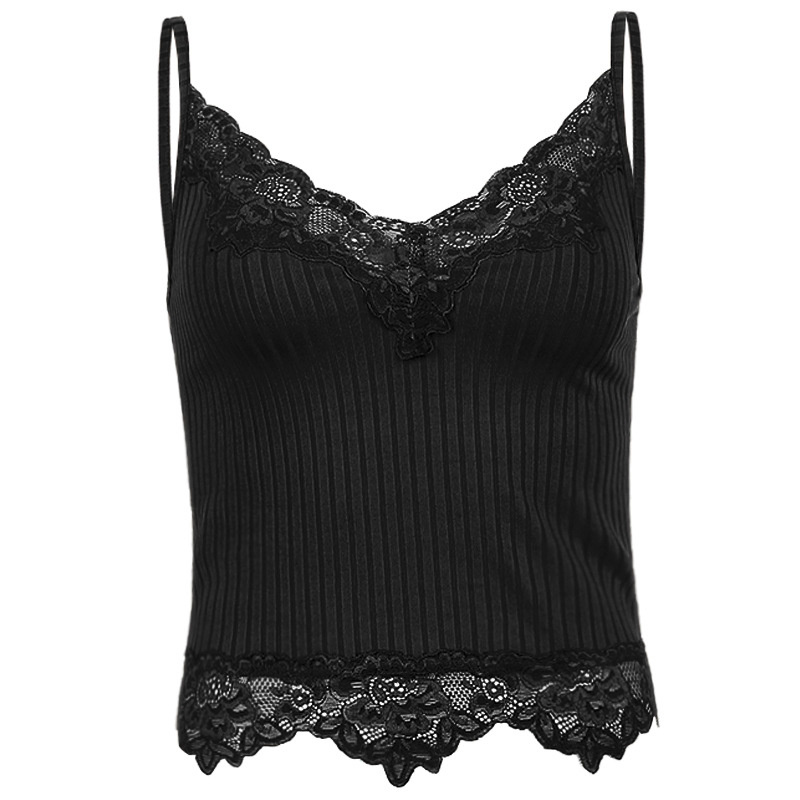 By the floaty nature of a camisole, there can be a sense of seduction added as a set of ladies' sleepwear. While as a result of the rugged nature, tank tops are a great choice for men and women to sleep in as well.

It can be said that camisoles and tank tops have similar uses. But in fact, they both still have a slight difference in usage. 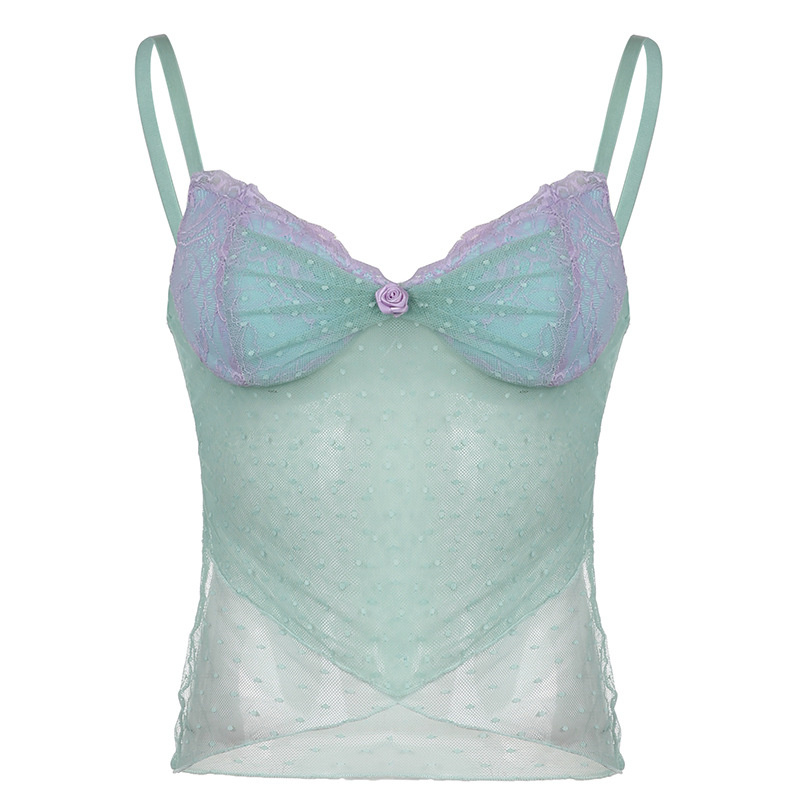 Not sure have you guys noticed that in terms of material, tank tops and camisoles come in different varieties? But yes, resulting from the different target groups for each item, the material used for each item differs as well.

In addition, a camisole is made up of a fabric that is intended for a specific audience that these garments are marketed towards. Women are the only ones who wear camisoles. The fabrics are therefore softer, more delicate, and slinkier than tanks. 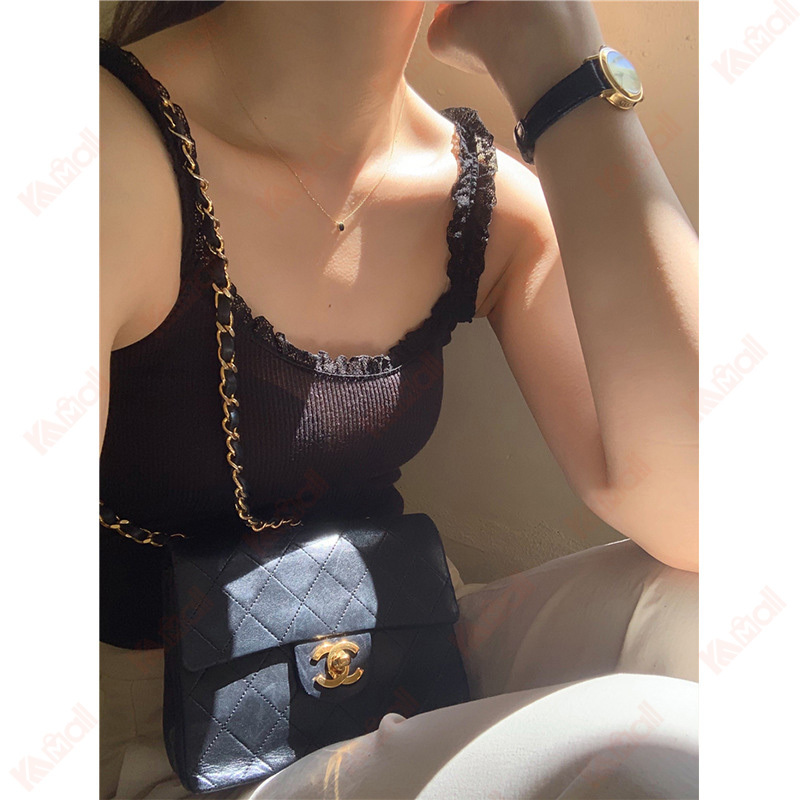 When it comes to the cost of camisoles and tank tops, there is not much difference between them. There are two types of pricing: based on the fabric used in the item and the design of the item.

Likewise, silk camisoles can also be quite expensive to nylon ones, which are more affordable. The other thing to keep in mind is that designs can also make it expensive. For instance, lace-trimmed camisoles tend to be pricier than plain tank tops because of the additional cost of add-on elements.

Having looked at each feature in detail above, here is a handy table that summarizes all the features for you in a convenient way.

Although the two garments are pretty similar to one another, as this article shows, there are clearly a lot of differences between them as well. Depending on the situation, you may find that one of these will work better than the other, but the choice is ultimately yours as to what kinda outing you are heading for.

As a first step, we will need to stock up on some clothes for our wardrobes before we can start with this. And it is our call to pick whatever we want. Take action by hopping on Kameymall right now and put an end to all of your hesitance.

7 Funs We Can Have on Air Track Mat

Why You Should Buy Sexy Swimwear in Winter: 5 Joyful Reasons