The zorb ball may seem like a new invention, but they have actually been around in the commercial market for over twenty years. And as a concept, they have been around for much longer than that.

The first human-sized human hamster ball as we know it today was invented by French architect Gilles Ebersolt in 1975. Ebersolt was still a teenager when he came up with the idea to create a ball he called the "Ballule" (French for "foam".) The Ballule was pressurised using an inverted vacuum cleaner, but otherwise it was essentially the same as the modern Zorb ball. 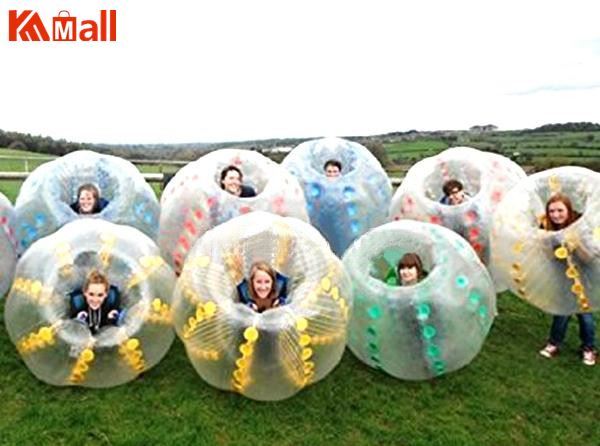 In the early 1990s, the TV show American Gladiators featured hard human hamster balls in a game called Atlasphere. Contestants rolled their balls into scoring zones, while the Gladiators struggled to keep them out of these zones in an epic game of bumper balls. But these balls are not the same as barrule balls; they have hard, rigid frames and are more like a cage than a bubble.

Welcome to Kameymall and buy the zorb ball to know more about its history. This product name is “ Zorbing Ball Colorful Dots Bubble Soccer Ireland Plastic Ball For Humans Kameymall ” and the size is 1.5m diameter. If you are also interested the material, that’ PVC. It’s solider and lighter than the hard material, a durable PVC that is flexible and perfect for bouncing on water. If you buy this zorb ball, you can get a carry bag for each ball and the repair kit.

Riding A Zorb Ball? How Can We Play It?