Home news Product Why Not Try Zorb Football In London

Why Not Try Zorb Football In London

The nation's capital has been churning out a number of new sports. The latest sport to emerge in London is zorb football, the latest way London is using zorb football to improve its regular outdoor activities.

What it is and why you should give it a try

It's new and exciting
It's one of the newest sports, but there are already many people raving about it. It's played like regular futsal, but the players play on an inflatable pitch with a zorb ball covering their bodies. Their legs are free, so they can run freely around the pitch. People who have played it say it has a lot of fun.

Everyone can play
Some people say they don't want to try it because they've never played soccer before or they don't feel they're skilled enough. Zorb football is not a sport that requires you to be an expert at the game. As long as you're willing to play and have fun, that's all you need. In addition, zorb ball is a great equalizer. Your teammates may be great soccer players, but put the ball on their bodies and they'll fall over just like everyone else.

Great for kids parties
Are your kids tired of the same old birthday party every year? Most likely. So why don't you change things up and host a zorb football game for them? They'll have a blast, and besides, you won't have to clean up after the party is over.

Safety first
Since the zorb ball is always on people's bodies during a zorb football game, you can avoid safety issues while the game is in progress. And everyone has the best time. 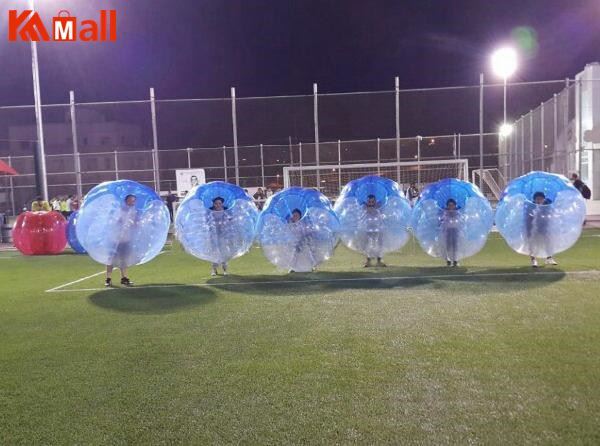 Ending
Want to try it out for yourself? You can find a wide variety of zorb balls in Kameymall. Buy a good quality zorb ball and experience the joy of zorb football!

Which Air Track To Buy

The Effective Air Track Mat Can Help You