Zorb ball is very popular in the world

The passengers roll down from the slightly sloping, straight, and flat lawn. If you encounter rolling on the way, it's more exciting! Today, the rolling track of the zorb ball has come to China from the grassland of New Zealand, its birthplace, and has expanded to more than 20 countries and regions such as Australia, the United States, Britain, Sweden, Norway, and Japan.

Zorb ball makes you excited
Generally speaking, zorb ball is set up in a large resort in the suburb with open terrain, a combination of steep and gentle slopes, which are very suitable for this sport. Of course, you can also say that it is a thrilling and exciting entertainment project, because, like many large entertainment projects in the amusement park, the zorb ball doesn’t require mechanical control and moves forward completely by its own rotation and tumbling. So your feeling of dizziness and weightlessness will be very strong. If you like the feeling of heart beating, never miss this project, Because the excitement it brings will certainly not make you disappointed. 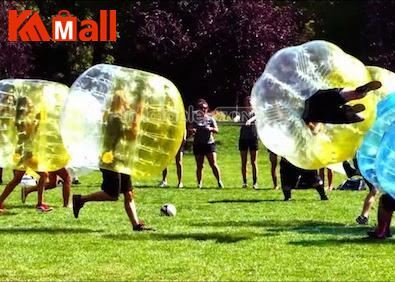 With beautiful and huge PVC transparent zorb ball. The field of grass is usually a relatively flat green space with a certain slope, generally with a slope of about 30 degrees. When the ball rolls down the slope, the people inside will rotate 720 degrees with the ball, they can experience the dual stimulation of weightlessness and rotation at the same time. What an exciting experience!

Where to buy a zorb ball?
Now, are you considering buying this ball? Kameymall is a great website, which provides a number of kinds of these balls. You can buy the suitable and favorite zorb ball easily.

A Discovery At Kameymall (Charpter 2)

Exercise On the Air Track Mat