This isn't a race in which you put on a bubble suit and sprint to the finish line. To play this game, first set up the start and end lines, then divide the players into groups. Each team selects two players to compete as a team. One player enters the zorb ball and is rolled to the finish line by the other player, after which the other player enters the ball and is rolled back to the starting line. The cycle is repeated until each member of the group has taken part. The first-place finisher is declared the winner. 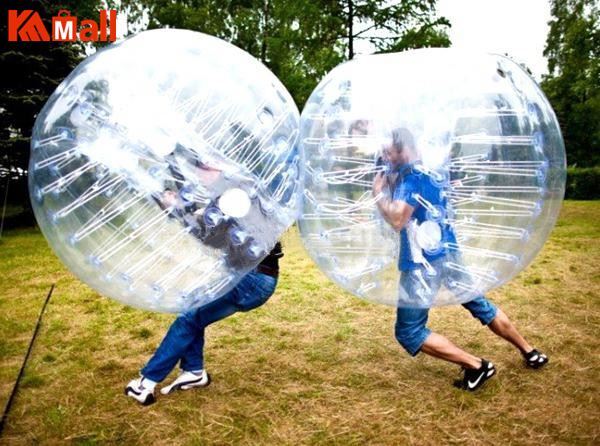 Ninja zorb Ball Crawl
This zorb ball game reminds a touch of Leaps N Bounds. On the ground, all of the inflatable zorb balls are lined up to make two parallel lines. Two players try to get through their line by crawling on top of the inflatable balls. To win, you'll have to avoid rolling down the zorb ball while crawling and finish the line first. This game appears to be difficult, but it is also quite enjoyable and competitive.

Old School Zorb Bump
This is a competitive game in which all participants must catch a small squishy ball in their zorb ball. You have a facilitator in this game who will throw the small ball into the air for all participants to grab. The player must catch the little ball through the aperture on top of their head because their hands are imprisoned in the bubble suit. Other players, on the other hand, will not be watching you catch the mushy ball so easily. When attempting to grab the little ball, you must be cautious not to be knocked down by other players. The winner is the first person to catch the squishy ball without being knocked down.
Unlock these fun games by buying zorb balls from Kameymall.

Choose A Sexy Bikini That Is Appropriate for Your Body Type

What Exactly Is Zorb Ball