In our previous article, we have described the rules of the game of Bubble Soccer. If you have read our article, then you must know it very well. It has many benefits, for example it can bring you a different football experience, it can also bring you a sense of satisfaction, and it can even make you feel happy and relaxed. Today I'm going to take you on a more in-depth look at this sport.

Who invented such a popular sport? In which country did it first appear? How did it become popular? In fact, although the game involves the zorb ball, its history is much shorter than that of the zorb ball. If you want to know the answers to these questions, read on! 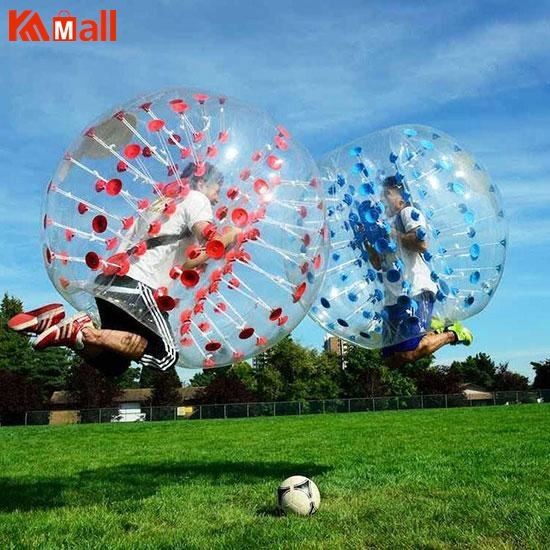 The inventors of bubble football

Over a decade ago, two people made a joke and the game was created, can you believe it? To be honest, I don't really believe it, but it is what it is, probably because a lot of things that seem great today were a bit funny in the beginning.
In fact, the history of bubble football goes back to Norway in 2011. At the time, Henrik Elvestad and Johan Golden made a joke in which they roughly described the rules of bubble football. Little did they know that they would be laying the foundations for such a spectacular and crazy new sport.

How did it become popular?

We already know who invented the first bubble football, so let's move on to find out how it became so popular.

In fact, it became popular thanks to a video. In April 2014, an Italian bubble football operator made a video about bubble football. The video went viral and the game became known. Google traffic showed that in the space of about a week, searches for this sport went from almost nothing to millions of searches worldwide. All this because of a video posted on YouTube. If you want to see this video, please contact us.

This is a brief introduction to the history of Bubble Soccer. After learning about the game, would you like to experience it? Come and get some zorb balls for yourself and your family at Kameymall. After all, Mother's Day is coming up. You can organise a party for your mother and experience the game at the party.

History Of Bubble Soccer（Part One）