History Of Bubble Soccer（Part One）

Mother's Day is coming up. Have you planned a party for your mother to celebrate this holiday and to show your appreciation for them. If you want to celebrate Mother's Day, then I have a game for you, Bubble Soccer. This game has now become popular all over the world. Today, I would like to give you a brief introduction to the rules of this game and who invented it. 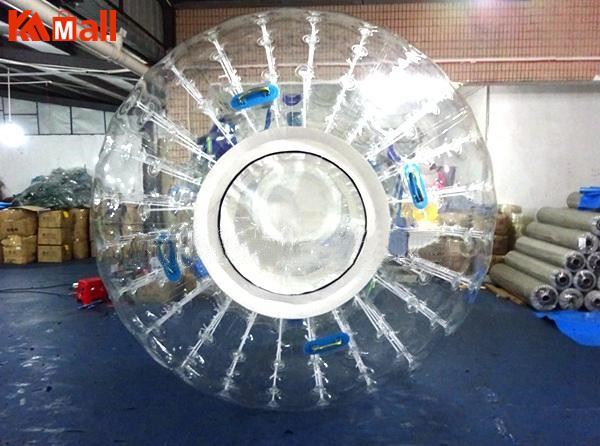 Rules of the game

First of all, you need to prepare a football, find a reliable football field and each player needs to prepare a zorb ball.

Before we start the game, we need to get into groups. This is a team game and groups can consist of 3 to 5 players. Each participant will put on a near human-sized bubble ball, the zorb ball, and start playing football. Apart from the number of players, the biggest difference between bubble football and traditional football is that there are no faults, yellow cards or penalties in this game! So do whatever you can within your power to score and stop the opposing team from scoring, such as tackling, body slams etc.

A decade or so ago, two guys made a joke and this game was created, can you believe it? To be honest, I don't really believe it, but it is what it is, probably because a lot of things that seem great today were a bit funny in the beginning.
In fact, the history of bubble football goes back to Norway in 2011. At the time, Henrik Elvestad and Johan Golden made a joke in which they roughly described the rules of bubble football. Little did they know themselves that they would be laying the foundations for such a spectacular and crazy new sport.

We will continue to share the history of Bubble Soccer in the next article due to the word limit. So, knowing the rules of this game, do you want to experience it? Come to Kameymall and get some zorb balls for yourself as well as your family. Happy Mother's Day in advance!

Have Fun In Bubble Soccer