Riding A Zorb Ball? How Can We Play It?

Have you played basketball or football? I believe you will answer yes. Have you seen a large ball from the top of the mountain and then rolling down the hillside? Can you believe that someone is experiencing a very exciting sport in a huge ball? Is it very incredible?

The introduction of zorbing

Next, we will help you make a brief introduction. Due to the invention of zorbing — also called globe-riding, sphereing or orbing — people can get inside a huge zorbing ball made of see-through plastic, then roll downhill and enjoy themselves.

Zorb ball comes in two types: harnessed and non-harnessed. Harnessed orbs are designed for one or two persons and equipped with safety belts — like seatbelts that hold riders in place.

While non-harnessed zorbs can carry up to three riders. If there are no harnesses to control them, the riders in these zorbs can bounce around much more than in a harnessed zorb.

Zorbing was invented by Andrew Akers and Dwane van der Sluis in New Zealand in 1994. And it has become popular in many countries around the world over time, like England, Australia, Canada, Japan and America. 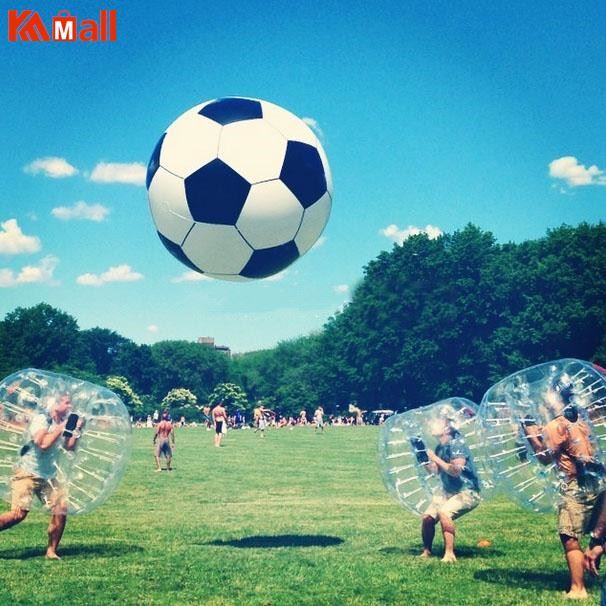 Riding a zorbing ball
Gentle slopes are usually used as the track in zorbing places, but for beginners, zorbing can also be done on flat surfaces to allow riders more control and a smoother ride. Some zorbing areas are half a mile long!

If you are worried that riding a huge inflatable ball rolling down a slope will put you in danger, you are wrong! These balls are designed to minimize the impact of bumps while riding. Unlike a hard plastic human hamster ball, another smaller ball is built in zorb ball with a layer of air between them.

This layer of air between the two flexible plastic balls serves as a cushioning ball. Because the zorbs are lightweight, they are much more safer. To get even more fun, you can add water for a water ride, which is also usually called hydro zorbing!

Many different sites where companies have offered special courses, and you will have a chance to ride zorbing here. Riders can usually pay a certain fee for each ride or a full day for a ride.

Buy a zorbing for fun

Kameymall provides a number of kinds of zorbing balls, it is very easy for you to get one that you need.

Topics For Men
Tips For Purchase

How To Tell Different Kinds Of Zorb Balls?

The Era Of Zorbing Ball Has Arrived