The Developing Trend Of Zorb Balls

Even if this zorb ball looks like a new sport game, they have been in the commercial market for more than two decades. Moreover, the word “zorbing” was added into the English Dictionary in 2004, but they haven’t become popular until recent years.

Who created the first human-sized ball?

The first large inflated ball with human-size was invented in 1975 by French architect Gilles Ebersolt. Ebersolt came up with this idea when he was a teenager. He created a ball he called "Ballule" ("bubble" in French). The Ballule used inverted vacuum cleaners for pressurization, but in other respects, it is basically the same as the modern zorb ball.

Later, Ebersolt's Ballule was registered with the Conseil de Prud'hommes. It appeared on international television in the 1970s and 1980s, but he never made his invention into commercial products. 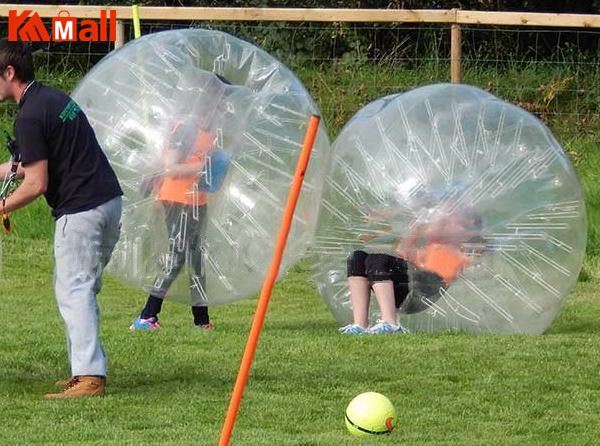 Modern zorb balls
Modern zorb balls are large, transparent spheres, people can get inside them and move. They are usually used on a slope or a flatter surface. The events can be conducted on-ramps, made of wood or metal. They even can be used on the ground with grass, snow, ice, and even water facilities, but avoid rough road surfaces.

A worldwide sport
Now, zorbing has been a worldwide sport, people like to play zorb balls to keep healthy and relaxed. Young people can play in these fun balls without getting hurt. In fact, while going down slants or slipping, the pad impact of elastic and air is enough to keep them safe. Now such an idea is being used in a large portion of the donning occasions in such entertainment places, giving safety and great fun to people who are enjoying them.

Our conclusion
Kameymall is a website that provides a number of types of these balls, and the price is usually between 300 and 800 $. Welcome to visit our mall and place an order! Hope you will have a pleasant shopping experience here.