Receive Happiness From A Zorb Ball-Part4

Today I want to introduce a kind of game to you.

Zorbing is a double-walled plastic ball that allows players to get the thrill of bounce and speed, gaining full protection while repeatedly hitting the ground. The first few times are especially exciting, but for more fun, you need to keep changing where and how you play. 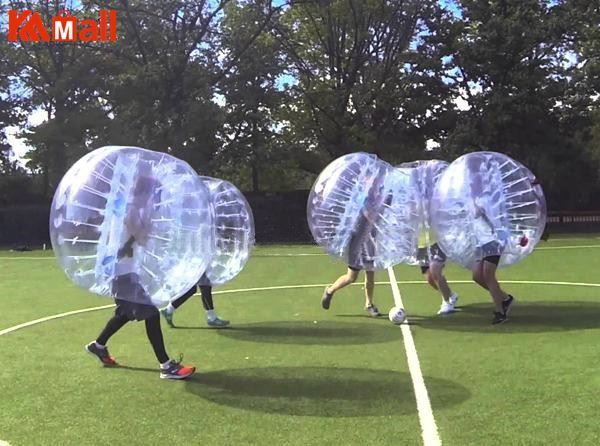 The ground is flat, pick out spiky objects, tilt angle less than 8 degrees, and both sides of the track can be fixed with a rope net. It is recommended that after the Zorb sphere stops rolling, passengers should not immediately drill out of the sphere and should stop in place for two minutes of silence. When playing, take off shoes, carry keys, cell phones, glasses, and small sharp ornaments should be uniformly placed in the bag fixed inside the ball to avoid scratching the ball or hurting the body in the tumbling. As with skating, spring and fall are good times to play zorbing.

Zorb Ball also has other alternative uses. For example, the U.S. nature theater extravaganza Burning Man incorporates Zorbing into the show, and the darkness of the wilderness is breathtakingly beautiful as the Zorb Ball shoots out a million rays of light. The journalist rolled and turned upside down in the ball, making all kinds of movements that defied gravity, one moment in the grass, one moment in the sky, and one moment in the skyscraper, thinking that it was indeed suitable for a modern dance performance. Andrew said, "If the performance is very fun and creative, we will be eager to participate."

PVC was discovered twice in the 19th century, once by Henri Victor Regnault in 1835 and again by Eugen Baumann in 1872. On both occasions, this polymer appeared as a white solid in a beaker of vinyl chloride that had been placed in the sunlight.
In 1912, Fritz Klatte, a German, synthesized PVC and patented it in Germany, but was not able to develop a suitable product before the patent expired.

You can go to Kameymall to buy this kind of ball.